Review: Third Coast Percussion Bangs Out a Quartet of Premieres 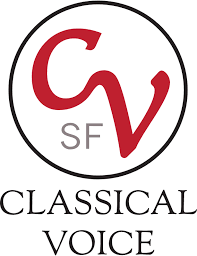 “Always on the prowl for new music, the four members of Chicago’s Third Coast Percussion came up with a quartet of world-premiere recordings on their latest album, Perspectives.”

Always on the prowl for new music, the four members of Chicago’s Third Coast Percussion came up with a quartet of world-premiere recordings on their latest album, Perspectives (Cedille). Well, three of the four if you want to get technical about it, since one of the premieres is a transcription for percussion of an existing piece.

Onetime rockstar, now full-time film composer Danny Elfman has been making inroads into the concert hall with variable success, and his rather pleasing new Percussion Quartet marks the first time that he has written for this configuration. He goes about it in the timeworn format that Haydn and Beethoven would have recognized — a four-movement (fast, slow, scherzo, finale) structure lasting 20 minutes.

The movements launch with what sound like homages to Philip Glass or Steve Reich — repeated minimalist patterns in their styles — yet they all find their way out of the initial repetition machine with a firm grip upon tonality. Among the eclectic details that come and go quickly, look out for a brief riff from the Beatles’ “Eleanor Rigby” near the start of the second movement, a Latin element surfacing late in the scherzo, and some lightly applied Balinese scales in the finale.

The real deal — the transcription of Glass’s Metamorphosis No. 1, originally written for solo piano — follows quite naturally after the Elfman piece. As delicately played at first on marimba, glockenspiel, vibraphone, and melodica, this Glasswork eventually takes on a great variety of colors and dynamic levels — and down the stretch, drama.

Jlin (aka Jerrilynn Patton) contributed Perspective, a seven-movement piece lasting half an hour in which TCP attempts to translate electronic sounds into a score for percussion instruments. (It would be instructive to hear what the original electronic version sounded like.) The toughest thing to realize about these pieces is not the timbres so much as the complex rhythmic patterns. A few samples: “Derivative” gets off to an acid jazz-like beat before wading into a tangle of complexities, “Dissonance” has a cooking groove and not a trace of harmonic dissonance, and “Embryo” provides a driving conclusion.

The final world premiere is a collaborative piece in three movements between TCP and Flutronix (flutists Nathalie Joachim and Allison Loggins-Hull) called Rubix. “Go” gets going as the two flutists skitter or soar above various jazz grooves. “Play” opens with ruminative flutes invaded by playful percussion that joins the duo in unison repetition before returning to where they all began in classic ABA form. “Still” is just that — contemplative, moody, mysterious, an odd way to close an album full of flashy sounds.

Click here to read or listen to the original review.