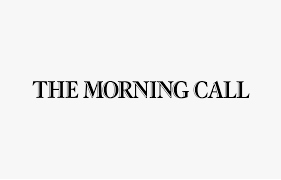 They began by playing DIY concerts in their native Chicago. They have performed on four continents, snagged two Grammys (plus a third nomination), made 13 albums, and have broken down genre barriers repeatedly. For 16 years, Third Coast Percussion has been stretching the limits of classical percussion music through collaboration and experimentation.

Third Coast Percussion has created a program for Lehigh University’s Zoellner Arts Center’s (virtual) guest artist series, On Stage At Home. The program will be available from March 19 through April 19 and will feature the ensemble performing an eclectic mix of their genre-defying works.

Band member and co-founder David Skidmore talked with us about the ensemble and their upcoming performance.

Jay Honstetter: Tell me about how you guys started out. What inspired you to start the Third Coast Percussion ensemble?

David Skidmore: “The four of us studied percussion ensemble music at Northwestern University and there’s a big focus on this kind of music there. But there weren’t a lot of professional groups doing it and we fell in love with the music and wanted it to reach broader audiences.”

When it comes to songwriting or interpretation of a composition, what’s your process like?

“As classically trained musicians, we’re almost always interpreting a written score, but we’re also a percussion group, so there are elements of improvisation. All of the music we play is new — for the most part. We work closely with the composers who write for us.

“The music we’re playing for Zoellner is by Devonte Hynes (who’s artist name is Blood Orange), Jlin who’s an electronic music producer, and Clarice Assad who is both a classical composer and sort of a jazz improv musician. The process of creating the piece is really collaborative. Each of these composers wrote all the notes and rhythms but we had a say in exactly what instruments we played.

“We work really closely with the composers throughout the process. We get to be a little more collaborative than is typical of the classical music world.”

How do you select your instruments?

“We ask whoever’s writing the music what kind of sounds they’re looking for. In normal times we have them visit our studio in Chicago and we just start pulling instruments off the shelf. Everything from objects that were manufactured to be musical instruments like a marimba or vibraphone, to stuff like toothbrushes and glass bottles … which are objects we’ve found in the world that produce a sound we like.

“The composer explains what sounds they want to hear and we say, ‘Okay here are some objects you might not have thought of that can create the effect you’re looking for.’

“It’s a constant process of discovery.”

What’s it like working with such a diverse array of composers?

“Our creativity is greatly expanded any time we work with an artist from a different genre.

“Jlin is a great example. We had never worked with an EDM artist, certainly not one like Jlin. She has a background in footwork which is this amazing Chicago-specific style of dance music, and it’s influenced us immensely. It’s pushed us to find new sounds and to focus on our musicality in a different way.”

For your Zoellner Arts Center performance, what did you have in mind when you selected the pieces for the show?

“It’s our first time playing for this community, so we picked three pieces that highlight the wide range of styles we work in, and the diverse range of composers we work with.

“The first is by Clarice Assad — that’s from our brand new album. Clarice has a big career as a classical composer and performer, but also a background in jazz and improvised music. Then we play Devonte Hynes’ piece, ‘Perfectly Voiceless,’ that’s from our previous album that was nominated for a Grammy … Then the work that I was discussing by Jlin.

“Between Clarice’s piece, with the sort of classical-meets-Brazilian-jazz flavor, and Dev’s music which is so melodic and has some roots in American minimalism … Some Phillip Glass type of influences … and Jlin’s music with the electronic footwork driving dance feel to it, we felt like that created a really nice mix of styles that work together but give a lot of variety.”

What artists or composers inspire you most?

“This is very obvious but each of the composers that we’re featuring on the program are influences on us.

“They’re writing music for our ensemble, but each of them writes music that’s very different than what they’ve written for us. We go to that music for our own listening pleasure and inspiration.

“Another group we look up to a lot, Kronos Quartet, is an amazing string quartet. All kinds of unexpected collaborations coming from their roots as a classical string quartet but working with every genre you can possibly imagine. They’re probably the biggest one in terms of people we look to who are in some ways similar to us.”