an infusion of energy that lasts to the end

Of Being is a Bird 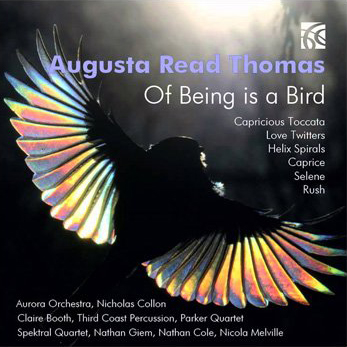 The New Yorker Magazine called Thomas "a true virtuoso composer.” Rising early to the top of her profession, a member of both The American Academy of Arts and Letters and Academy of Arts and Sciences, former Chairperson of the American Music Center, Thomas has become one of the most recognizable and widely loved figures in American Music. A Member of the Conseil Musical of the Foundation Prince Pierre of Monaco, she has won a Grammy and received the Ernst von Siemens Music Prize. Her composition Astral Canticle was one of two finalists for the 2007 Pulitzer Prize in Music.