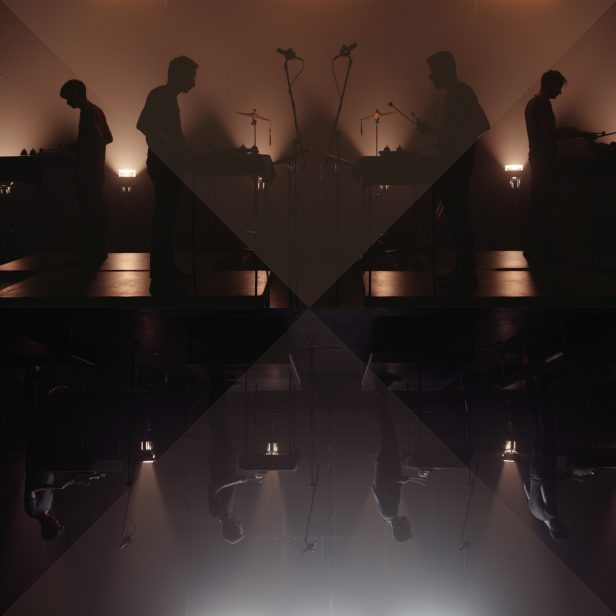 Third Coast Percussion and Ryan Lott [Son Lux] struck up a friendship several years ago when they were performing on the same festival in The Netherlands. Later, “we got to know the music Ryan makes with the band, and then the music he's written for movie soundtracks, dance, and other classical groups,” said TCP member Peter Martin. “He has been inspiring to us for so many reasons, but particularly for his ability to straddle so many different musical and artistic worlds.” In 2017, TCP commissioned Ryan to compose a new work for the ensemble, which became "Quartered", now the sole centerpiece of this new album. The record is accompanied by music videos, designed and filmed by Four/Ten Media.

Quartered is a percussion quartet for live ensemble or for playback as a four-way sound installation. The instrumentation includes glass bottles, wood planks, ceramic tiles, metal pipes, electric toothbrushes, and resonant metallic instruments called sixxen. When performed live, each performer receives a headphone feed of one of four distinct metronomes. The independent clocks relate to one another differently throughout the piece, sometimes maintaining a proportionate relationship, and at other times flexing and contracting to dictate phasing events. Sustained, "irrational" composite rhythms sometimes result, as the metronomes/performers play all together in the same tempo but out of synch with one another. Because the headphone feeds eliminate the need for proximity, the ensemble has the option to function more like a sound installation, performing in four corners of a room. When this is done, rhythms and melodies move around the space, and the perception of composite rhythms is informed by one's position in space with respect to the ensemble.

Quartered was commissioned by The University of Notre Dame's DeBartolo Performing Arts Center, with additional support from Third Coast Percussion's New Works Fund.Video made possible by support from the Maxine and Stuart Frankel Foundation.