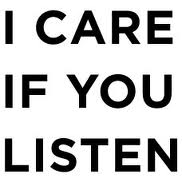 “Despite the less-than-ideal virtual nature of the concert, Third Coast Percussion made the evening special with pre-recorded talks and an instrument tour after the concert concluded. The concert live-stream was a success, with many interesting pieces by a wide scope of composers, and all expertly played.”

On October 16, 2020, the Chicago-based performing group Third Coast Percussion presented an evening of music as part of Bowling Green State University’s 41st annual New Music Festival. While most of the festival was live-streamed via BGSU’s YouTube channel, Third Coast Percussion commandeered the live-stream on their own YouTube channel for the special concert, which included a world premiere by the Festival’s guest composer, Augusta Read Thomas. While watching live music is sorely missed, the virtual nature of this concert allowed for a bonus: each piece was flanked by pre-recorded talks by composers on the program or the musicians themselves.

Movement 3 from Philip Glass’ Perpetulum served as a short and polite fanfare to open the concert. Commissioned by Third Coast Percussion in 2018, the piece was clearly familiar to the musicians, who played the largely diatonic and major music on pitched percussion instruments with an almost casual ease, despite the shifting meter.

The next piece on the program was the first of two world premieres of the evening. Sunny X by American composer Tyondai Braxton is a continuous work for unpitched percussion and electronics broken up in to four “sections,” rather than movements. Throughout the four sections, complex layering of timbres, rhythms, and contrast are shaped by the interplay of instruments, some created by Third Coast Percussion and the composer, and a frequently changing electronic track. The piece begins with the intricate weaving of these two aural components, in which the listener can hardly distinguish instrumental timbres from electronic ones. The austere second section highlights the contrast between instruments and electronics, with quick and high-pitched percussion against growly, sustained electronics. Sunny X continues with a sonic braid of contrasting timbres, ending with unison, then hocketed and additive rhythms.

Following Sunny X, Third Coast Percussion played another of their hits: “Prayer,” the second movement from Resounding Earth by Augusta Read Thomas. In this piece from 2012, “Gustie,” as she is endearingly referred to by the members of Third Coast Percussion, writes an almost palindromic and mystical arc, which suggests a kind of cyclical reincarnation. This piece is for 26 chromatically-tuned temple bowls, which are either struck with mallets or rubbed around the outside of the bowl’s rim with a mallet head. At first, the musicians struck the bowls in a passage of long, sustained notes, creating microtonal chords. As the piece built, rhythm quickened and pitches ascended. Then the musicians began to draw their mallets around the outside of some of the bowls, creating sound without a sharp attack. The piece ends in this way, with sounds washing over its listener, reflecting the microtonal chords of the beginning.

Jlin is an American composer and EDM artist who collaborated with Third Coast Percussion on the concert’s fourth selection: excerpts from her 2020 work, Perspective. During her brief, pre-recorded talk, Jlin notes that working with Third Coast Percussion forced her to write in an innovative way. The group played five excerpts from Perspective, most scored for electronics and extended techniques on pitched and unpitched percussion instruments. The most compelling movement was “Duality”–a play on dualisms was clear in the music throughout the piece, found in its two sets of interlocking ostinato figures, as well as sustained electronic timbres against struck vibes and marimba. The stratified pitch areas and melodic contour of the piece at times could suggest a perceived sense of self versus one’s inner child.

Augusta Read Thomas suggested that her world premiere piece, Con Moto, is a musical discourse with a sense of dance and effervescence. She scored the piece for percussion quartet, but each player is responsible for a quintet of instruments: keyboard percussion and bells, along with unpitched percussion instruments like drums and shakers. Thomas’ piece asks each player to be an extension of one another, as if the four musicians and myriad instruments are one. This requires a high level of expertise and precision, which the members of Third Coast Percussion easily delivered. The piece begins with an energetic melody layered with percussive interjections by the unpitched instruments. As the piece goes on, elements of jazz show themselves. At several moments in the complex piece, a jazz piano is evoked, but the broken chords are spread out across the four musicians. In the same breath, each player might have their own, self-contained rhythmic gestures and immediately shift to a collective rallentando. As the musical discourse progresses, each individual line disagrees slightly more with its neighbor, culminating in a final chord that leaves its listener wondering if the argument had gone too far, but wanting to hear more.

Despite the less-than-ideal virtual nature of the concert, Third Coast Percussion made the evening special with pre-recorded talks and an instrument tour after the concert concluded. The concert live-stream was a success, with many interesting pieces by a wide scope of composers, and all expertly played.

Click here to read the article from I Care If You Listen.

Next post: ‘Metamorphosis’: Percussionists and dancers to transform stage at La Jolla’s Conrad for livestreamed premiere »