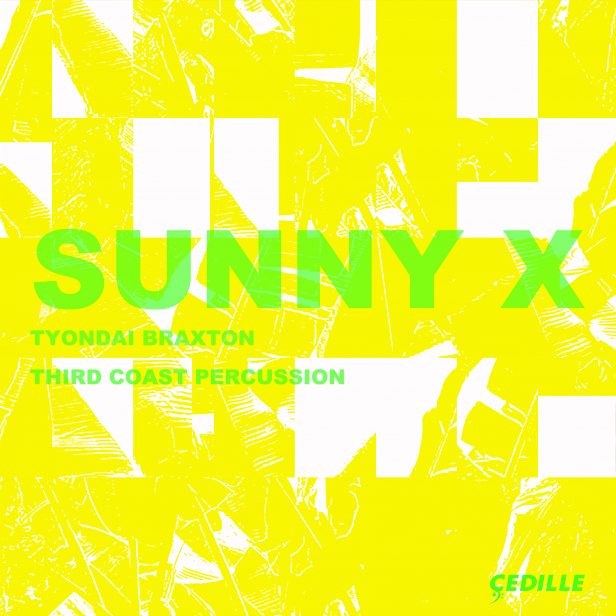 Third Coast Percussion's new single Sunny X was written for the ensemble by genre-bending composer and performer Tyondai Braxton. The track will be included on TCP's forthcoming album, available September 8 from Cedille Records, alongside music written for the quartet by Missy Mazzoli, Ayanna Woods, and a collaboratively composed work by Third Coast Percussion. The work is also featured in TCP's acclaimed collaborative program Metamorphosis, which the ensemble will perform at Carnegie Hall on January 20.

Sunny X further develops Braxton's recent experiments with electronic sounds and live percussionists, utilizing more idiosyncratic instruments such as wooden and metal slats, steel pipes, Thai gongs, and crotales, with electronic playback generated with modular synthesizer. The work evolved through multiple workshops together in TCP’s studio, experimenting with combinations of these unique sounds and discovering musical content that emerges naturally from the idiomatics of the instruments and their physical layout. In particular, a musical and physical gesture that plays prominently in the piece revealed itself when the wooden planks were stacked on top of each other, rather than set side-by-side on a table.

Describing Sunny X, Tyondai Braxton said, “Predominantly set up as meditations on small phrases of non-pitched (or *partially* pitched) percussion and mercurial electronics, the piece explores different permutations of these meditations where the relationship between the acoustic and electronic realms seems to work together, slip around and contrast.”

Sunny X is now available to stream on all platforms. Click here to listen to Sunny X.