TCP’s custom mobile apps put the power of percussion into your hands.

Have you ever wanted to create your own minimalist composition? Harness the sounds you hear every day into a John Cage-inspired masterpiece? Ring a Thai gong in the comfort of your own living room? All of this, and more, is possible when you download one of our innovative mobile apps. 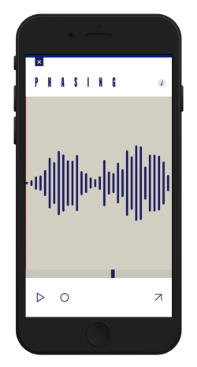 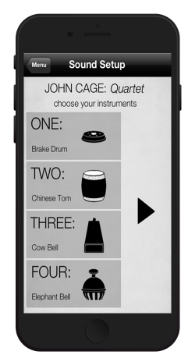 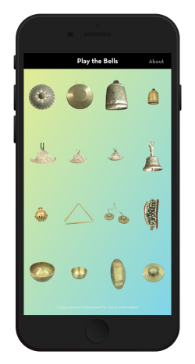 Pulitzer-prize winner Steve Reich has been called “America’s greatest living composer” (the Village Voice). Third Coast Percussion released a new album of Reich’s music in 2016 to celebrate the composer’s 80th birthday, and created this app to give audiences a new way to engage with this amazing music.

The year 2012 marks the 100th anniversary of Cage’s birth. Musicians, artists, and fans around the world are celebrating this momentous occasion. We designed this iPhone app with our friend Joseph Genden to give everyone a chance to perform Cage’s music.

John Cage was one of the most extraordinary musicians, artists, and philosophers of the 20th century. His music and his writings have had a tremendous impact on art and the avant-garde both at home in the United States and abroad. As a young man, Cage dedicated himself to writing music for percussion instruments, organizing some of the first classical music concerts for only percussion instruments.

Cage wrote Quartet, his first piece for percussionists, in 1935. The piece can be performed with any instruments or sounds. With this app, you can choose from a catalogue of sounds from Cage’s percussion music or record your own sounds to create your own custom version of the piece.

Bells are indigenous to countless cultures spanning the globe. They can be used to celebrate grand occasions, hold sacrificial rites, keep a record of events, give the correct time, celebrate births and weddings, mark funerals, caution a community, enhance any number of religious ceremonies, and are even hung around the necks of animals.

In 2012, renowned composer Augusta Read Thomas wrote a new piece of music entitled Resounding Earth for Third Coast Percussion, scored for over 125 bells from all over the world. Third Coast Percussion released a CD/DVD of Resounding Earth on New Focus Recordings, and now this free app, designed by Joseph Genden, gives users a virtual opportunity to play the bells themselves.

Grammy-award winner Augusta Read Thomas was Mead Composer-in-Residence with the Chicago Symphony from 1997-2006. Her piece Astral Canticle was one of two finalists for the 2007 Pulitzer Prize. Thomas was elected to the American Academy of Arts and Letters in 2009, she has been on the American Music Center Board since 2000, and she is the 16th ever University Professor (of five current University Professors) at The University of Chicago.