One of the new works we’ll be premiering this Sunday at Constellation is democracy looks like by Adam Cuthbert.  This is a TCP commission and we’re really excited about it!

Here are some more detailed program notes on the piece: 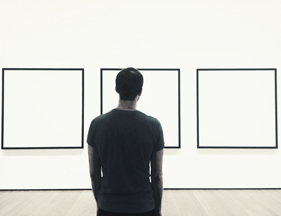 democracy looks like is thematically built on some of the memorable call-and-response chants spoken within the protest marches which erupted all over America last year.

The structure is meant to mimic the organic development of chants within a march. Voices rise up as protesters join the call and the response. With a manner of immediacy, the energy gains momentum as voices join, and recedes as voices fatigue. During an efficiently functioning protest chant, the momentum is paced so new voices step in to support fatigued voices, creating a consistent cycle, and static rhythm plays host to a constantly shifting ensemble timbre. These chants are all a communal effort a beautifully synchronized human spirit.

I wanted to facilitate this same kind of communal effort in the performance, so the ensemble shares a DJ controller to manipulate each others’ timbres with live effects processes in real time via special just-for-kalimbas software fx racks. The backbeats are framed from some of my favorite rhythms found in dance music, including the Chicago-born 160bpm footwork style.

We’re fortunate that flutist Rachel Beetz is able to join us this Sunday to perform Tyshawn Sorey’s Trio for Harold Budd.

Here are some more details about the piece from the composer:

In the Fall of 2011, I began to study composition in Columbia University’s DMA program, and I found myself with a kind of identity crisis. I had recently completed a composition entitled Ode to Gust Burns, and I felt that it … lacked … sincerity. Although I thought at the time that it was a somewhat decent composition, it didn’t sound like myself, but it sounded like the music of someone who thinks they have something to prove. I was writing music that I felt would be more appealing to my colleagues (at Columbia) who wrote beautiful, challenging, complex, and theoretically dense music (but of course, the latter adjective is in no way a value judgment of their works, because I love the thought, daring, and care that goes into their music as much as I do Harold Budd’s process of his music making).

I began working on the Trio in 2012, in Woodside, California, during a residency at the Other Minds Festival. Among the attendees were Harold Budd, Gloria Coates and other composer-performers. I felt that Budd’s outlook resonated the most for me. We had shared influences – from improvisation, La Monte Young, John Coltrane, and Pharoah Sanders, to name a few. I remember him mentioning how beautiful some of that music is. Unlike the perpetuated stereotype that posits “free jazz” as a turbulent, fiery, furious energy music, the music that Harold Budd mentioned by some of these artists was that which is melodic, and exhibits love and a sort of patience. And he remarked that he wanted his own music to have that quality. That is what I had been going for – a music that is about people…a music that is melodious, and resonates emotionally and spiritually with listeners while retaining the idea of beauty, and of patience.

But where I found in Budd not only a fascinating mentor but a kindred spirit, was that I had a very strong sense of “dis-belonging” to “new music” and its social categorizations. I began the Trio in response to those feelings. I decided to limit myself to a small pitch collection, and to find as many as possible things that I could do within that. At the same time I was listening to lots of traditional and vernacular musics from Ethiopia, and Bansuri flute music, as well as revisiting some of the “free jazz” recordings that Budd mentioned in his talk. So some of what is happening in the Trio derives from all of this. When I first interacted with Harold, I was preoccupied with how the music is made versus how it sounds. Harold’s methodology was quite the opposite. He was only interested in how music sounds. When I played him the Ode, he told me that there was no need to prove anything. However, when I began to play earlier music from 2007 – it had a spatial quality to it, while it also maintained the same sense of musical boundary erosion as the Trio – he jumped out of his chair and said immediately, “Now THAT music sounds like you.”

It was probably during the last three days that I was at the Other Minds Festival that I began to create a musical commentary on that feeling that culminated in this work. I thank him from the bottom of my heart for making me realize and confront one of biggest mistakes I have ever made as a composer. It was written during a time when I had considered discontinuing my pursuit of composition indefinitely. The Trio for Harold Budd is essentially a celebration of the conquering of those thoughts. I have since never thought once of giving up the pursuit of my artistic ideal as a composer – to remain committed to cultivating an aesthetic that demonstrates an expression of life experience and a grounded relationship and understanding to various historical musical lineages. It was essentially a composition of perseverance – Harold Budd IS perseverance, and much more.